An Amiable Child
by Jane Churchman

St. Claire Pollock lies in an orphaned grave, his monument sequestered just within the northern reaches of Riverside Park. A carved urn in the shape of an acorn sits on an inscribed granite cube above his grave.

Erected to the Memory
of an Amiable Child
St. Claire Pollock
Died 15 July 1797
in the Fifth Year of His Age

I was as indifferent to its presence as were the cars streaming south on the Drive 15 feet away. Four or five mornings a week over the warmer months I would exercise along the upper walk of the Park, starting at the Firemen's Memorial, past Riverside Church, past the Ulysses S. Grant Memorial on what was once called Strawberry Hill, past the seven steps that lead down to the little burial site. For years I did not even pause to read the sign the New York Department of Parks had posted there.  Read Essay

In the Steps of Egyptians
by Patrick Henry 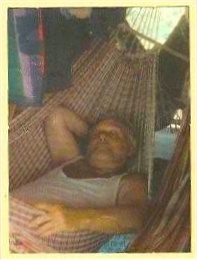 
As with nearly all my journeys in Egypt, the trip to Alexandria was arranged by Mr Aziz. At his travel office in Cairo, his sad-looking eyes peered over low-slung glasses. The bus was organised, and my reservation at The Metropol. The name rolled off his tongue like the sound of a magical destination in the land of the god, meaning much to him, clearly. Aziz as not merely the old school, he probably taught them all they knew. The younger staff at his agency, winked and smiled knowingly behind the back of the old buffer in charge; but fond admiration lay within their manner.  Read Essay