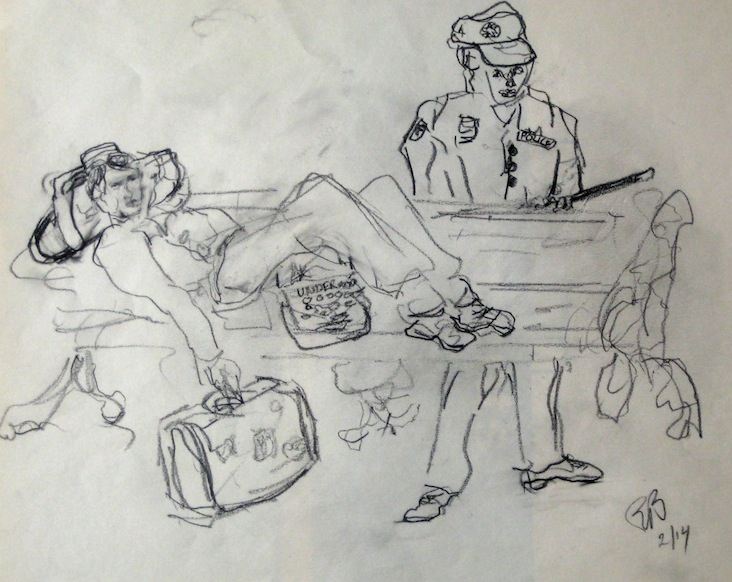 He was staggering, heart pounding, breath ragged, as close to exhaustion as he could remember when he reached the address he'd been given.  One hundred ninety-two uphill blocks, lugging his suitcase, his duffel bag, and his typewriter.  He looked at his watch.  Four thirty AM.  Across the street was a small park, with benches and streetlights.  He unfolded the paper he'd carried in his wallet for four weeks, the address Amy had scribbled at the train station, her large blue eyes tearing as they said goodbye at the close of the Northwestern summer high school journalism institute.  She was headed here, to her home, while he was off to four weeks of religious camp arranged by a friend of his parents back in California.


"See ya in a few," he'd called out jauntily as the train pulled away.  Well, now he was keeping his promise. Read Story