September 28 is my first visit to Zuccotti Park and the Occupy Wall Street (OWS) movement. I'm going to see and ask, a la Marvin Gaye, "What's Goin' On?" The movement is two weeks old already and there is virtually no coverage of it in the news, but for one story I watch the night before on Keith Olbermann's Countdown on Current TV. So I'm going to see for myself.

If given only one word to describe what I see today it would be fledgling or nascent. Other words that come readily to mind include alert, alive!, brave, cooperative, hopeful, impressive, listening, optimistic, organized, responsive, searching, and visionary. This clearly is a movement still in molt, and the figurative feather-shedding and scruffiness are everywhere to be seen, but no less so than the evidence that this is a bird 'bound for glory' and history.  Read Article


Letter from Europe
by Valery Oisteanu

From Dada to Surrealism:
Jewish Avant-Garde Artists From Romania
at the Jewish Historical Museum,
Amsterdam, through Oct. 2, 2011

The Roots and Echoes of the Avant Garde
in the Graphic Collections of
the Library of the Romanian Academy
Bucharest, Summer 2011 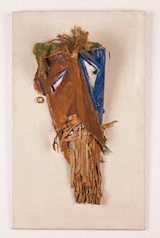 Surreal happenstance brought this writer to both Amsterdam and Bucharest this summer. My first visit was to the Dutch capital's Jewish Historical Museum, where an unusual exhibit was taking place. "From Dada to Surrealism: The Jewish Avant-Garde Artists From Romania" presented more than 70 works dating from 1910 to 1938.  Read Article